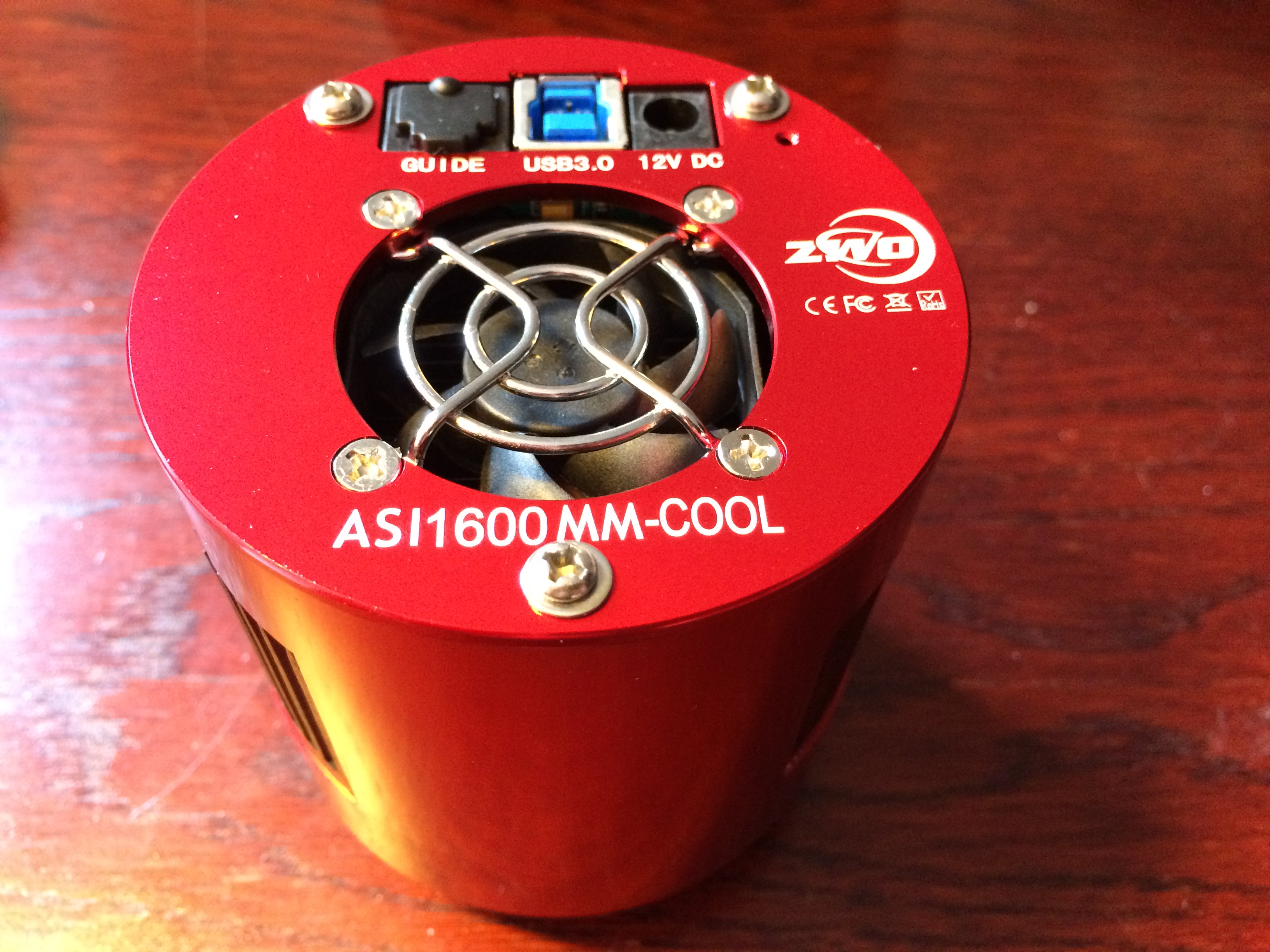 On 2016-07-15 I received the new ASI1600MM-COOL camera to supplement (and in the future replace) my Canon 600Da modded DSLR. I intend to use it for acquiring luminance (and later Ha) data to be combined with RGB data acquired by DSLR. So far, I have tested it with my iMac running Parallels Desktop and Windows 10 and just finished a sequence of 100 300s darks @-20C using Sequence Generator Pro without any hiccups. I am unable to use USB2.0 connection with the camera but USB3.0 works flawlessly even with 5m cable connected with additional 5m active extension cable to the iMac. I’m using the ASCOM 6.2 platform with the ASI Camera ASCOM V1.0.2.9 driver together with SGP 2.5.1.17. Since the cooler works at around 55-75% power to get from ambient 23C to -20C. I will probably be able to work the camera at -25C or even -30C during actual night time photography. There is some little amp glow present in the darks at -15C which is almost gone at -20C. Both darks and bias frames also compares very favorably to corresponding frames from my DSLR. Will return with more information as soon as the astrophotography season begins after Aug 1st.